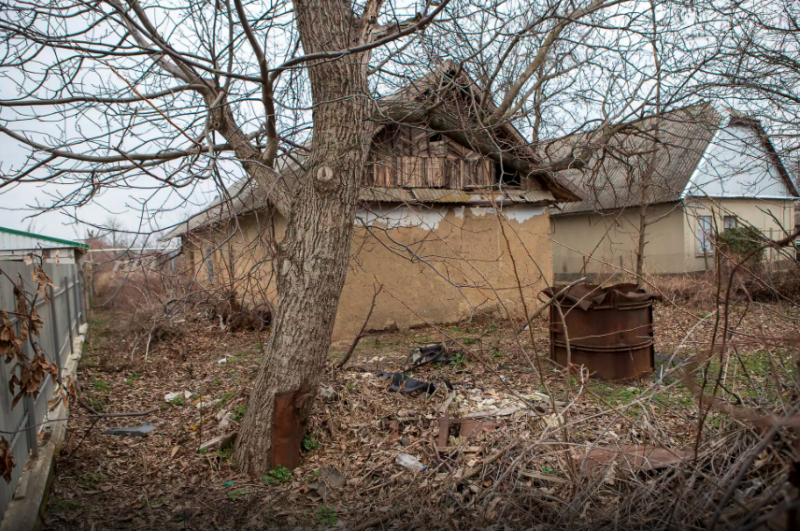 Creating Opportunity In An Invisible Land

The following story of our non-profit partner Help the Children in Transnistria and profile of Lena Ahremtseva, contains elements from the forthcoming book, Shoestrings: How Your Donated Shoes and Clothes Help People Pull Themselves Out of Poverty by Soles4Souls President and CEO Buddy Teaster

Halfway around the world lies a land where nothing is as it seems.

If you’ve never heard of it, you’re not alone. Few Westerners have.

That could be because this tiny, elongated region comprises just 1,600 square miles. It’s smaller than Delaware and just a bit larger than Rhode Island.

More likely, you’ve never heard of Transnistria because it has not been recognized as a sovereign land by the United Nations or by any U.N. member state, though it declared independence in 1990.

Soles4Souls micro-enterprise partner Mark Fashevsky and Executive Director of the non-profit Help the Children arrived in the region as a child, when his parents moved to Moldova from Ukraine.

Both countries were Soviet republics at the time, but Moldovan culture was strongly influenced by Romania to its west; so strongly, in fact, the vast majority of Moldovan “Soviets” spoke Romanian. When the U.S.S.R. dissolved, Mark told me, the country quickly embraced its true identity.

“Moldova changed their alphabet from Cyrillic to Latin. But Russians in Moldova decided to go their own way, and civil unrest escalated into civil war,” he said.

The violence ended in 1992. More than a thousand people lost their lives, and Ukraine’s 1991declaration of independence left Soviet loyalists in Moldova without a nearby alternative.

So they created their own land: Transnistria.

All these years later, the ceasefire itself remains the only thing to which all parties to the fledgling country’s struggle for independence have agreed. The Soviet loyalists who founded it – and critically to Mark’s work, their progeny, more than a half million people in all – have lived in the enigma that is Transnistria ever since.

“It is like an invisible land,” Mark explained. “You have Transnistrian identity, Transnistrian money, stamps, and everything, which is not recognized outside of Transnistria.”

That means people born in Transnistria, as far as the rest of the world is concerned, don’t “officially” exist.

“You need a set of documents if you want to leave the country,” Mark said. “Everybody needs a Russian, Ukrainian, or Moldovan passport, and if you don’t have it, then you’re basically locked here.”

In Transnistria, there is also a disproportionate population of orphaned youth. Lena Ahremtseva is one of them.

“I was raised in a Transnistrian orphanage from birth to the age of 16,” Lena told us on a visit to Transnistria in 2017.

“About 200 children lived in the orphanage. Our days were all alike. We would wake up, go to classes held there, and then we had free time for a couple of hours, but we could not leave the grounds. Then we had dinner and went to bed.”

“When it comes time for young men and women to leave the orphanage system, they often lack the work experience and skills necessary to secure employment. “Because of this, most kids don’t believe in themselves, which also makes it hard,” said Lena.

Oftentimes women end up in prostitution. Then, the vicious cycles of poverty and foster care continue to the next generation.

Our partner in Transnistria, Help the Children (HTC), however, is working to empower women transitioning out of the orphanage system by providing them sustainable jobs.

The organization operates a series of 25 thrift stores throughout Transnistria that support HTC’s foster system and offer stable employment opportunities. Soles4Souls’ micro-enterprise program supplies these stores with high-quality used shoes and clothing donated by individuals, brands and retailers all over the world.

“For an orphan girl to find a job in a dog-eat-dog world is almost impossible,” Mark said.

Which is why HTC’s thrift stores provide jobs to the very population which needs them most.

Donated product that might otherwise end up in a landfill is creating opportunities that simply were not there before for young women in Transnistria, like Lena, who is now employed as an accountant for Help the Children and working towards her bachelor’s degree.

“In Transnistria, a lot of kids like me cannot find jobs,” said Lena. “A lot of children from the orphanage, because they’re orphans and have the stigma of orphans, nobody hires them. But Five Pockets hired me.”

The chain of thrift stores now consists of over 150 employees and pays well above the country’s monthly average of $200.

In a bleak economy, HTC’s job opportunities are a beacon of hope. “For us to give this opportunity to them is almost a life-saving undertaking,” said Fashevsky, Executive Director of Help the Children.

“The people with Help the Children are positive,” said Lena. “They gave me a good direction in life and good advice, to stay strong in school and continue my education. Not to give up.”

“I’m very thankful to the people I met. They made me a part of Help the Children and I made new friends. I had people to lean on and to trust, and that helped me a lot.”