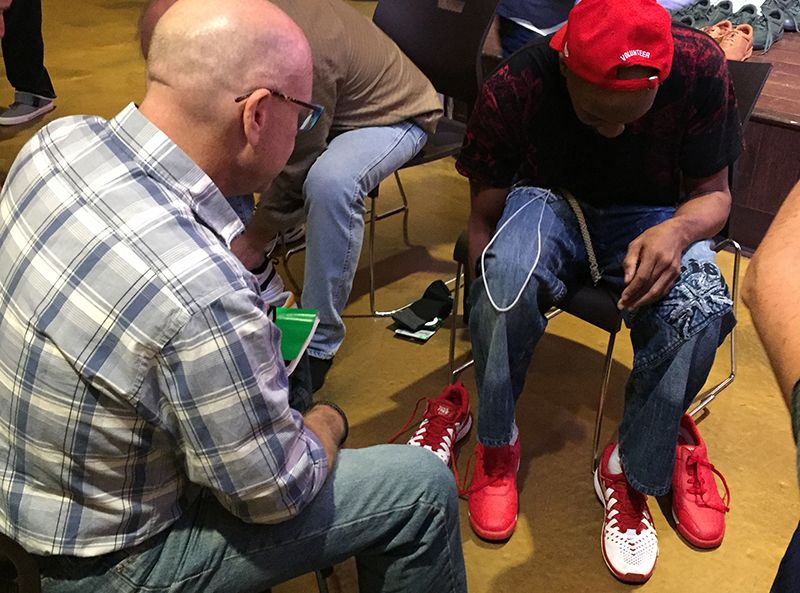 Through His Eyes: First Shoe Distribution

I had only been at Soles4Souls a few days when I participated in my first shoe distribution. We were going to the Nashville Rescue Mission and I had a lot of anxiety building. I wondered if I would know what to do or what to say to folks.  I also wondered if I would get too emotional or God forbid even offend someone inappropriately.
As the men approached the distribution line, my overwhelming sense was simply that I (or any of us) could so easily need to be the recipient in such an effort. They were JUST like me except their walk through life had taken them down a different path.

In the end, any anxiety I had melted away as I began talking to the men and helping fit them for a new pair of shoes. There were indeed a couple of emotional moments when I saw myself in their faces and pondered their path and what their travels might have looked like. Had they made bad decisions and what destination might they have reached if only…
What I embraced on that day was that I was blessed, not because of good decisions or wise planning or hard work, but because my feet had simply been “guided” by chance (and nothing more) down the path that led to this destination!
Read more “Through His Eyes” here!