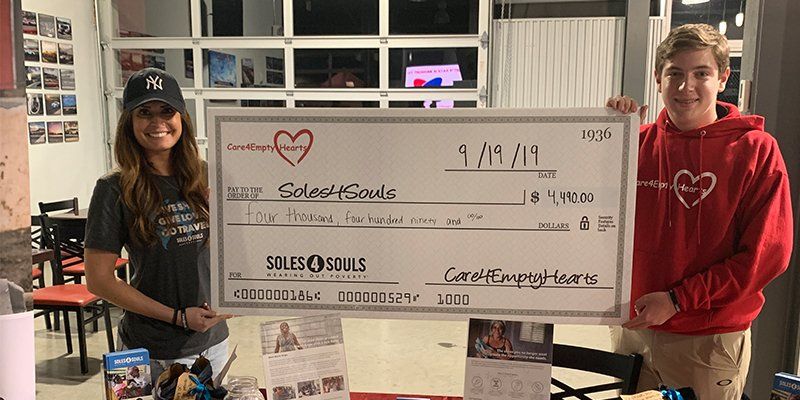 Eight years ago, Logan Clark was sitting in his second grade classroom when his teacher, Marsha Rettig, mentioned the volunteer work she was doing for Soles4Souls. Inspired by her work, Logan decided he wanted to start his own charity, Care4EmptyHearts. Since founding it in 2012, Logan and his mom, Vicki Clark, have put together events and fundraisers to help other organizations like Stand Up To Cancer and Soles4Souls.

Over the years, Logan has raised tens of thousands of dollars, collected hundreds of shoes, and held toy drives for children. When his step mom, Joanie, passed away from colon cancer in 2015, he organized a fundraiser for Stand Up To Cancer and raised a few thousand dollars in her memory and for the fight to find a cure.

Over the last few years, Logan has worked closely with our Director of Operations in Virginia, Stephanie Hathaway, to put on events at Dominion Raceway in Woodford, Virginia. Since he was ten, Logan has been motor racing, and has placed First in the INEX VA State Championship the last two years. To combine his love for racing and volunteering, he now hosts an annual charity race, with all proceeds benefiting Soles4Souls. 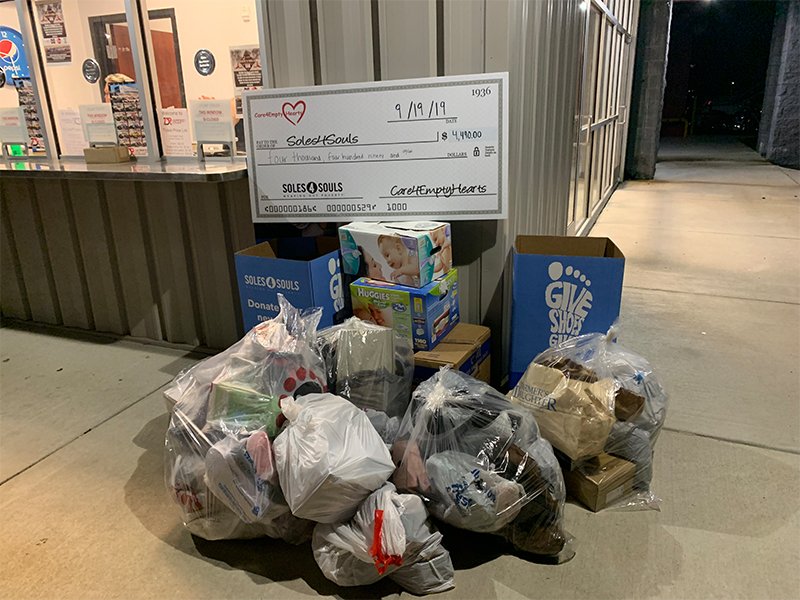 “He got permission at eight years old to set up a snow cone booth at a race track. He has fundraised for us and hosted numerous shoe collections since then,” said Stephanie.

Now a junior in high school, Logan just wrapped up his second annual charity race in October: The Soles4Souls Big One at Dominion Raceway.

Although the event had to be rescheduled from its initial date due to rain, Logan and his team still raised a whopping $3,000 and collected 370 pairs of shoes at this year’s event. But now, Logan is already starting to think of next year, and how it can be even better.

“Stephanie and I have accomplished a lot together and I can’t wait to work with her and everyone else at S4S in the future,” said Logan.