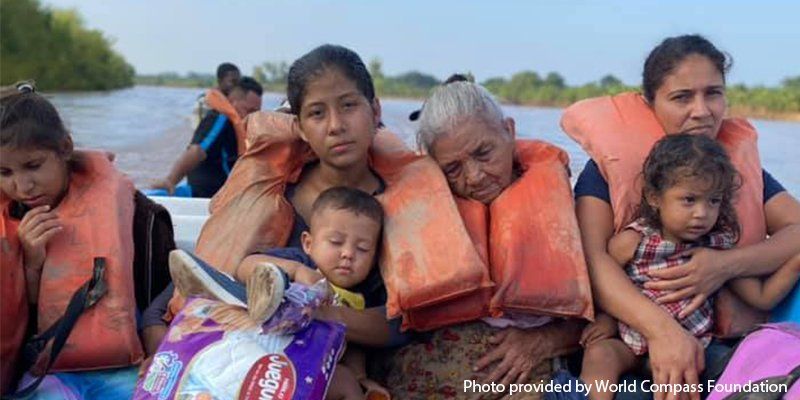 After Two Hurricanes, Volunteers in Central America Need Your Help

Last week, a devastating Category 4 storm, Hurricane Eta, made landfall. Since, more than 3.6 million people across Central America have been affected to varying degrees. In countries like Honduras, Nicaragua, and Guatemala, the devastation is widespread– mudslides and flash floods are continuing to pose threats, all while hospitals and shelters are struggling to manage the spread of COVID-19.

Hundreds of thousands of people are seeking refuge in overcrowded or makeshift shelters, while others remain stranded due to moving water. Currently, it’s estimated that Hurricane Eta has caused nearly $5 billion in damage, in comparison to the $2 billion in damage from Hurricane Mitch in 1998, which was previously known as the strongest storm to ravage the region.

As Hurricane Iota, a projected Category 5 hurricane, made landfall Monday night, teams are scurrying to rescue missing people as waterlogged areas are impacted even more. A group of volunteers in El Progreso, Honduras are currently being led by one of Soles4Souls’ longest-standing partners, Raul Carrasco.

“Since it first started raining in Honduras, I have seen our friend and partner Raul Carrasco, along with his team at the World Compass Foundation, swing into action. Providing basic supplies, evacuating families by boat, feeding them, and finding them shelter has been their first priority. He shared a story of going into a village that no one had been to, where the water was higher than the power lines,” says Buddy Teaster, Soles4Souls CEO. 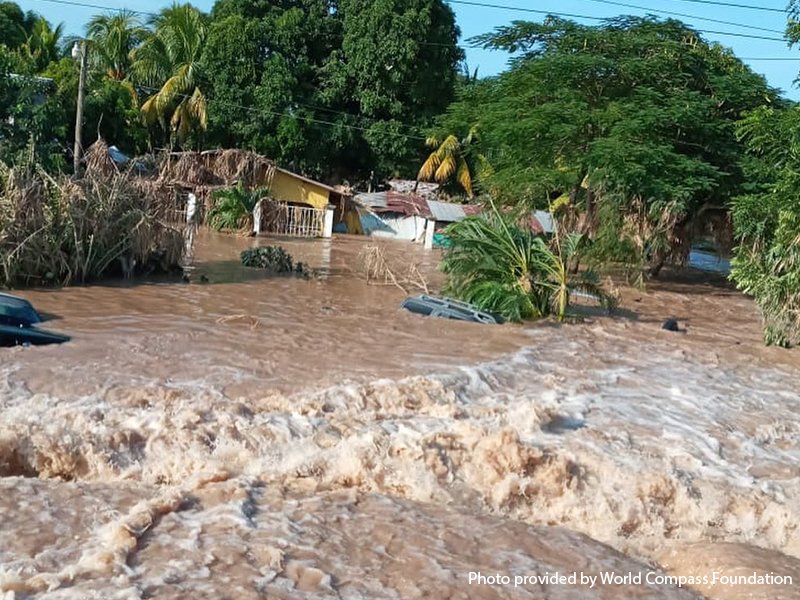 On Facebook, Raul and his team have shared videos and photos of rescue missions and shared how crucial the need is for basic necessities. Earlier last week, a video was shared of Raul speaking to members of the community. In the scene, the final boat rescue mission of that night arrives. When the last lady steps off the boat, after a mere 4 hours of being in water, she turns to Raul and hugs him.

“I told you that we were going to get you,” says Carrasco, as he embraces her back.

As people from abroad look for ways to help, volunteers like Raul have said over and over, how critical certain supplies are needed.

“We need your support. It is crucial to distribute mattresses, food, water, and medicine. The life of our community is in your hands. We are still in danger at this moment,” says Carrasco.

On Friday, our CEO Buddy Teaster received a message from Shannon Casey, COO of World Compass Foundation, explaining how their team is still springing into action, “going where others won’t go.”

“We talk with you all the time about the importance of shoes and clothes. And they are. But sometimes the situation is so dire, so urgent, that the right response to a natural disaster is to make a cash donation. The aftermath of Hurricane Eta shows us how true that is,” says Teaster. 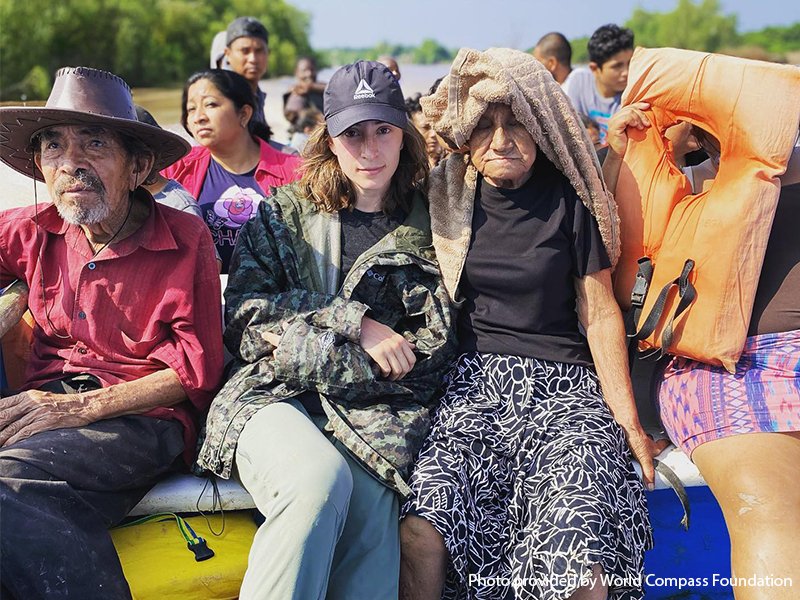 As people in Central America prepare for relief after Eta and Iota, we plan to spread the word for help. For years, Soles4Souls travelers and volunteers have had life-changing experiences in the Central American countries we serve, and now, we are asking our supporters to give back to them again. A tough journey is ahead, and our support is needed more than ever.

On our website, we have provided a simple link where anyone can provide a cash donation to help with disaster relief. For any brands interested in partnering to provide needed products for relief, visit here.

“…The kind of grit our partners have, the commitment they demonstrate to serving their neighbors. There are hundreds and hundreds of people better off because of their work and I hope you’ll pitch in to support them in this effort and the months of rebuilding to come,” says Teaster.