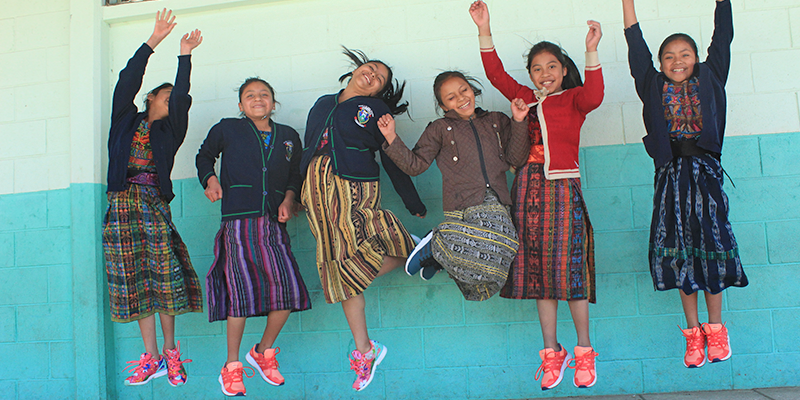 Yin and Yang: Reflecting on the Past and Looking to the Future

It’s December 26th as I write this. I should have done it sooner and my tardiness has caused extra work for some on the Soles4Souls team. I apologize for that. There’s just a lot to be done…

Because it seems to me that those are the two exactly right feelings (what’s left undone and gratitude for all that we accomplished together) as we stand on the cusp of 2019.

At Soles4Souls, for all that you make possible through your volunteering, donating, collecting and sharing, there is just so much left to do.

But, of course, that’s not the whole story. It never is. Just like the yin/yang symbol, both things are true at the same time.

Although the short list above is accurate, so is the fact that because of you, Soles4Souls was able to distribute more than 3 million pairs of shoes and almost 4 million pieces of apparel to thousands of communities around the world. Altogether, your financial, footwear and clothing donations had more than $33,000,000 in global economic impact…meaning hundreds of thousands of people have more hope and dignity and have more capability to take care of themselves.

That might not be the finish line but it is further down the path than ever before.

So it is the work that’s still to be done that drives you and us to keep at it. And the attitude while doing that work is one of, above all, gratitude. From the most conceptual of things to be thankful for (being born in the US) to the most concrete (those of you who opened your warehouses, closets and checkbooks) your contributions are the fuel for making an impact.

As we head into the last few days of 2018, I hope you join me in recognizing how much we still have to do and for the amazing things we have done together. If you are able to make an end of year contribution to keep this work going, you can donate HERE.  It would be one more thing to add to the gratitude list!

Here’s to us doing more great things together in the year ahead.